Facts and Statistics you never knew about your Favourite Brew

Coffee is part of Ethiopia’s identity,  it is at the center of many moments,  happy or otherwise, and it is what defines our social interactions. Muya’s interest in the coffee business revolve around the Ethiopian coffee ceremony, and the idea that coffee is and can be more than just  a couple of sips to get you through the morning.

We invite you to stop a moment, boil the kettle, and use this time to show a little coffee appreciation. Our Ethiopian spiced coffee range is so richly rewarding that it deserves at least five minutes of your time… After all, we spent all these years drinking coffee, isn’t it time we learned a little about it? 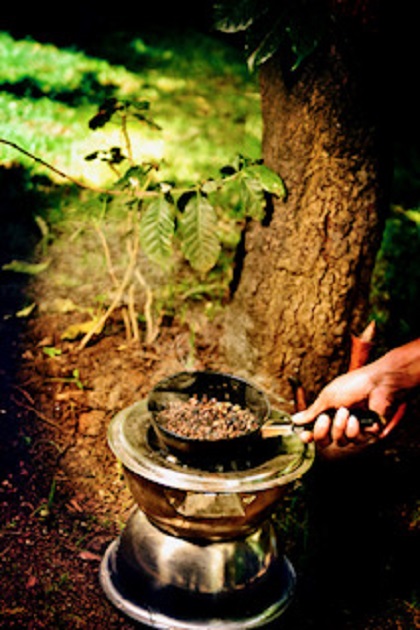 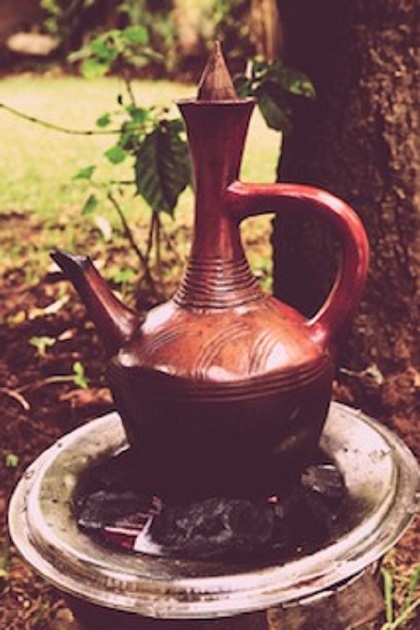 he work from home culture that 2020 has found us in comes with a rather unusual and unexpected benefit. With access to the kettle/coffee press 24/7, our desire to stay caffeinated is skyrocketing. But even before the pandemic we westerners showed an unparalleled love of the fabled deep-brown brew.

It is estimated that 48% of millennial’s (and younger) drink gourmet coffee often. 64% of the average American population drink coffee every day and Brazil exports more than 5 billion lbs of coffee annually[i]. Ethiopia, where our coffee is grown, exports 3.98 million bags and are the 5th largest coffee supplier in the world!

According to the British Coffee Association, the story is similar here in the UK. They report that more than 95 million cups of coffee are drunk every day in Britain. They also point out that the coffee industry creates more than 200,000 jobs. For each of those 95 million cups, 76% contains produce made in the UK.

So nobody is questioning our love of the stuff, but where did this massive interest in coffee come from? Let’s talk coffee history.

It is believed that the Oromo people of Ethiopia were the first to recognise that the coffee plant could stimulate the senses. Arabica coffee beans were first developed here, producing a rich, full flavour that ultimately pushed them to become one of the biggest exporters of coffee in Africa.

The name for coffee actually comes from a town called Kaffa, which is nestled in the south-western Ethiopian Highlands. While the history books often put the first cup of coffee ever made in the 15th century, Ethiopians know that a goatherd named Kaldi first picked coffee berries around 850 AD (the ninth century).

Kaldi noticed that his goats were livelier than usual when they ate the bright red berries from the trees on a certain patch of land. Not being one to mess out, Kaldi tried some of the berries for himself and soon found he was energised, too. He took the berries to a local monastery and our favourite drink was born. From this moment onwards, all through Ethiopian history, the beans played an important cultural role in the lives of the people.

During the ritual, a  woman, most probably, will roast, grind, brew, and pour the coffee. The youngest person usually be instructed to carefully carry the prized cup to the honored guest(s). The ceremony can last for hours so be prepared.

It is traditional you to accept the coffee, since refusal maybe considered rude. With every sip, some may praise the person who made it. If the coffee is less than stellar, don’t let it show. Three rounds of coffee will be served to you, with each consecutive cups being lighter than the previous. The 3 cups have ritual names, which are abol, tena and baraka. Legend has it that these were the names of the original three goats that ate the berries.

Benefits Associated With The Drinking Of Coffee.

Coffee is perhaps that little bit better for you than you first thought.

What About Spiced Coffee?

Since coffee has been around in Ethiopia for centuries now, it should come as no surprise that they have found ways improve it. Ethiopians spiced coffee elevates the already illustrious Arabica bean to tantalising perfection. Traditionally, this coffee would mix cinnamon, cardamom, and ginger, to create an irresistible flavour that tourists never forget.

Spiced Ethiopian coffee comes with a wide range of additional health benefits, brought about be the ingredients used. Ginger is known to be a powerful medicinal spice, which helps with everything from weight loss to arthritis. Cardamom has anti-inflammatory properties, is an added antioxidant to your coffee, and even has antibacterial effects. Last but not least, Cinnamon is considered to be a superfood, having anti-inflammatory, protective, and antioxidant properties.

Spiced coffee amps up the health benefits of regular coffee, while simultaneously creating a magical taste, never to be forgotten.

To our knowledge, there are only two places you can buy this experience, in the whole world. One is in Ethiopia, and the other is from a bona fide supplier… just like us.

To pick up your own purchase of this wonderful black gold, browse our online store, today. Nobody should have to wait one second longer than necessary to indulge in the coffee drinking ceremony.

Shop now, save time, and we might just change your love of coffee to something with more depth than a pumpkin spiced latte! You never know. A single sip could start a coffee pilgrimage, all the way to Kaffa.

About the Author: Hanna Haile